Over 22,000 attended the Nottingham Carnival Weekend 2015 which was hailed a great success. People of all backgrounds enjoyed two days of great music, food, the funfair rides and hundreds of spectacular costumes.

The Carnival Weekend was held over two separate locations for the first time with the Saturday Music Festival at the Forest Recreation Ground and the Carnival Parade returning to the Meadows and the Victoria Embankment on the Sunday.

The parade competition winners were:

Organising the Carnival Weekend involves the combined effort of over 100 volunteers from programming and site based duties to making costumes and preparing dance routines. This is then supplemented on the day with the professional and experienced event managers, health & safety personnel & security staff.

The success of the Carnival Weekend at two separate locations was an amazing feat for the organising team as we prove once again how popular and safe Nottingham Carnival is. The presence of BBC Radio 1Xtra gave our Carnival national appeal and real status which rates Nottingham amongst the UK’s top carnivals.

We would like to thank everyone involved in the Carnival and everyone who attended for creating such an amazing atmosphere and weekend!

At the Music Festival 12,000 fans were treated to music for all age groups ranging from chart topper Melissa Steele and BBC Radio 1Xtr DJs to the reggae legend Mykal Rose. Music lovers enjoyed over 25 separate music acts performed on 3 separate stages including many local musicians and DJs.

We were excited that, as well as having BBC Radio 1Xtra, which was huge in itself,  we  were able to confirm an exciting final line up for the Music Festival on Saturday 22nd August.

As well as having the headline performances we also showcased local talent in the Local Live Showcase.

The Carnival organisers asked for a £2 contribution for entry to the Music Festival from adults, children were free and this was to cover the cost of the international artists. Without this contribution the Carnival wouldn’t have been able to go ahead as, due to funding cuts, the Carnival has to rely on the support of the people coming to the event. 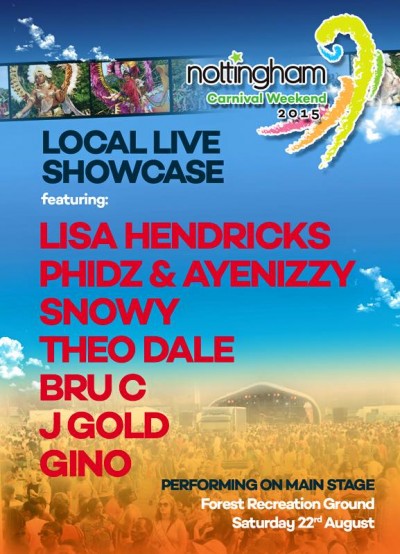 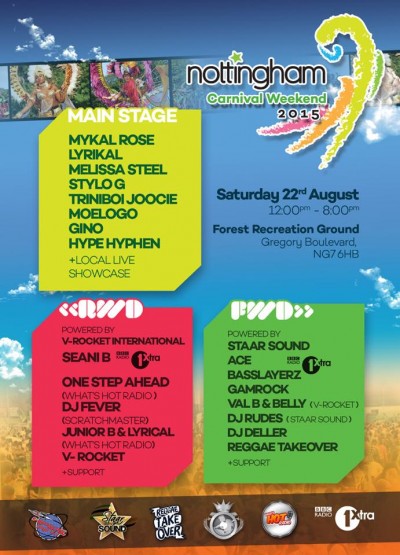