You are here: Home » About the Carnival » History of Nottingham Carnival

The Nottingham Carnival has a very long history gong back to 1958 when a number of men and women who had immigrated to Nottingham from Caribbean island of St Kitts decided to promote their cultural identity by organising a small carnival event in an area of Nottingham called the Meadows. They made colourful costumes reflecting the American Indian style of dress which is a traditional form of carnival costume making in the Caribbean islands. They paraded around the area to the sounds of steel band and calypso introducing traditional Caribbean entertainment to the people of Nottingham.

Between 1958 and the early nineties the carnival was held sporadically and many attempts to revive the event failed mainly due to a lack of resources. However, in the early nineties the Carnival was revived again up until 1998 when the event was cancelled by the City Council due to concerns over health and safety and financing of the event. This resulted in a significant outcry from the local community who demonstrated their displeasure by staging a large march in the City Centre. This acted as the catalyst for the Carnival we see today.

In 1999, following approaches from the City Council, Tuntum HA, a community based not for profit housing association took over the lead in the running of the event in partnership with the City Council, Nottinghamshire Police and organisation from the local community. Since then, the Carnival has developed into a truly multi-cultural annual event displaying hundreds of high quality carnival art costumes, plus numerous musicians including local, national and international stars with attendance levels in the thousands.

Richard Renwich, Chief Executive  of Tuntum described the reasons why they did this: “Tuntum was set up to provide homes and services to Nottingham’s BME communities. In 1999 we were by far the largest community based organisation in the city and although we were initially quite out of our depth in taking on this challenge, we still did this in order to preserve an event that was very important for the community cohesion of Nottingham. Together with our partners we delivered a successful event which has continued to go from strength to strength ever since.” 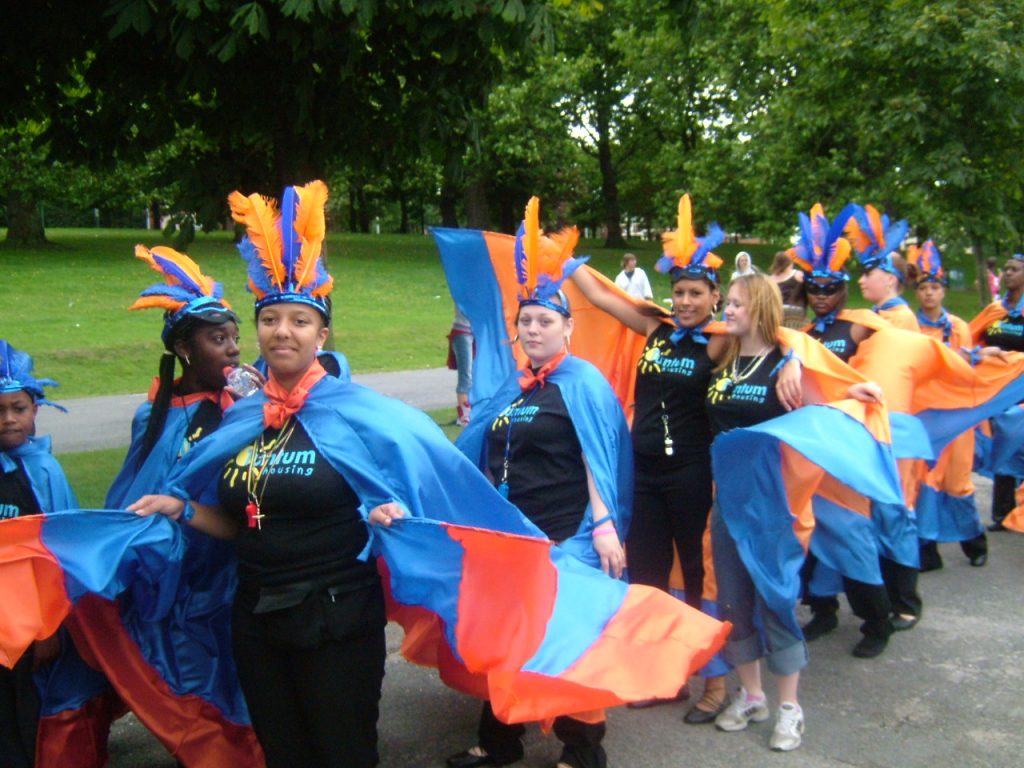